I went to the National Balloon Classic in Indianola last Wednesday for Glow Night with my wonderful family.  I had never been!  It was lovely!  The balloons all came meandering up through the sunset in the west and then tried to drop their beanbags on a target in front of a crowd.  Then they all re-inflated in the field at dusk and let us walk among them as they glowed. 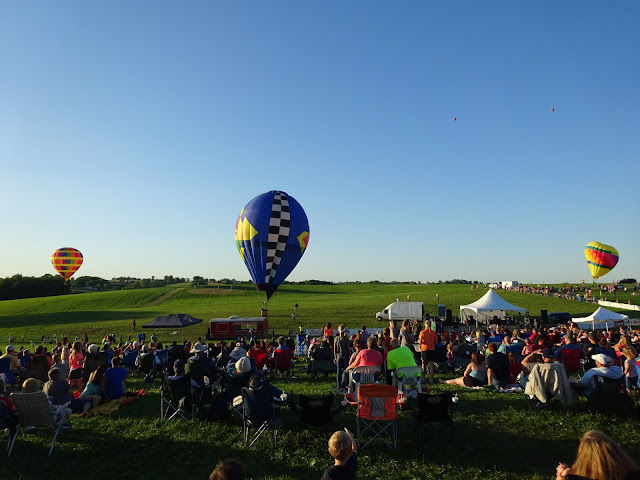 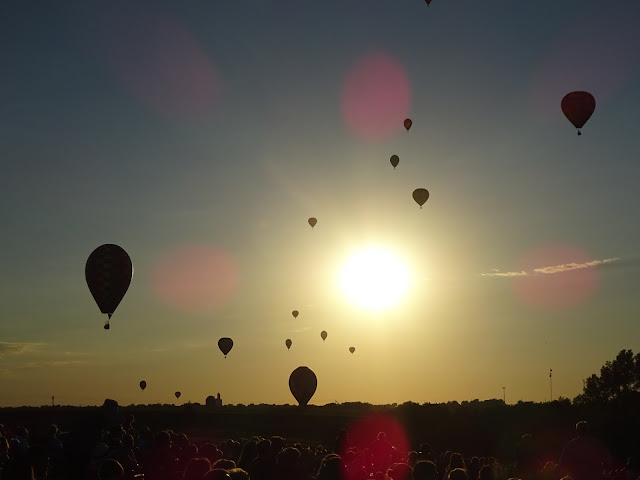 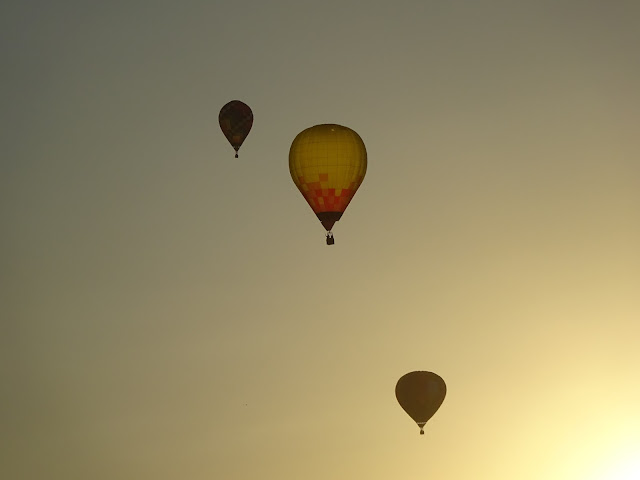 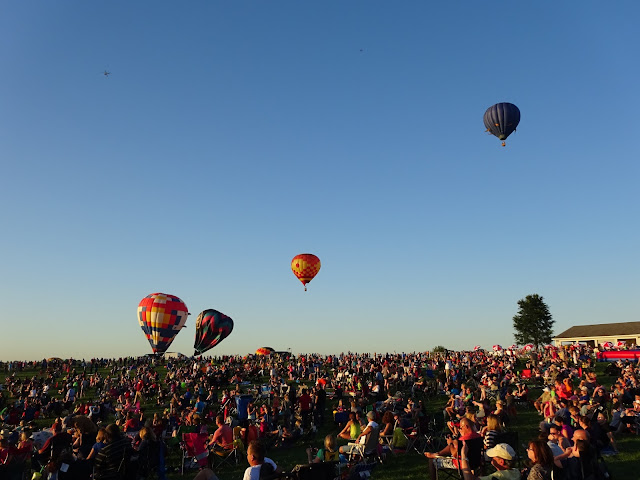 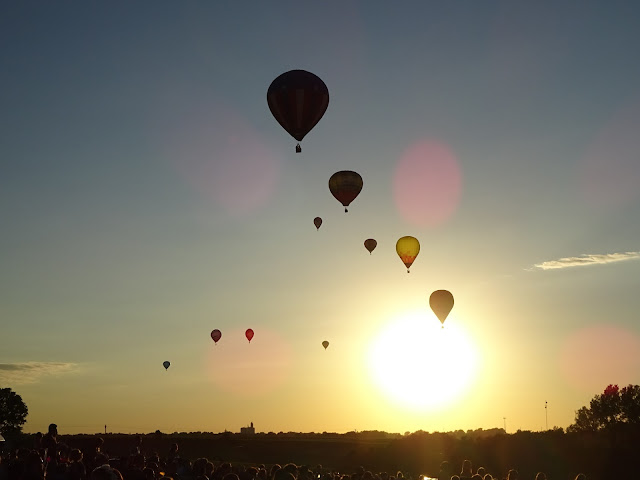 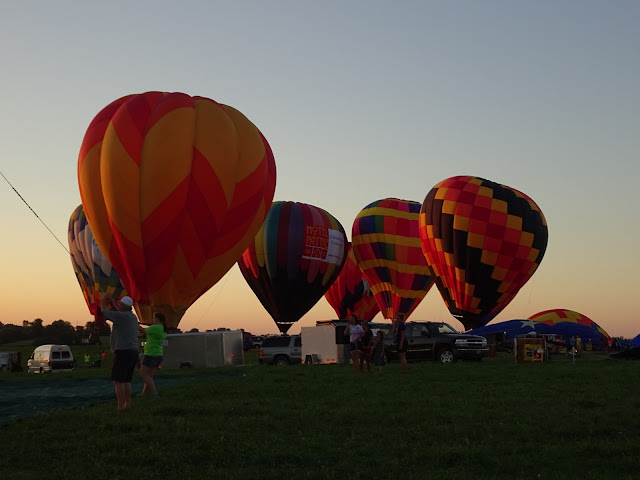 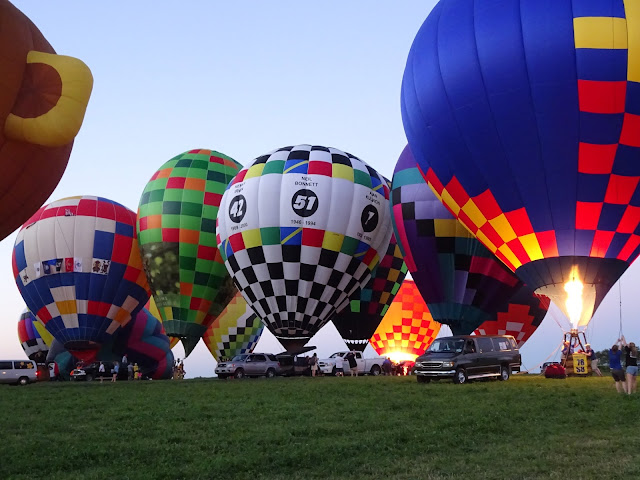 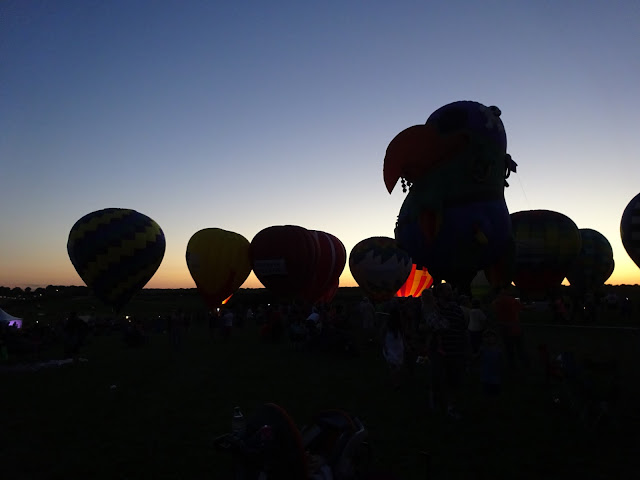 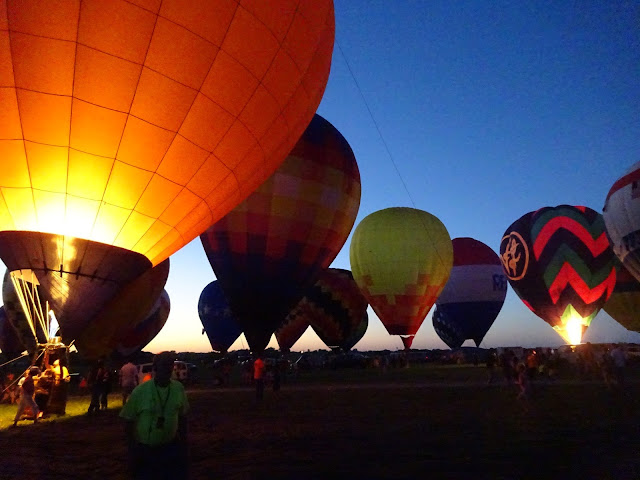 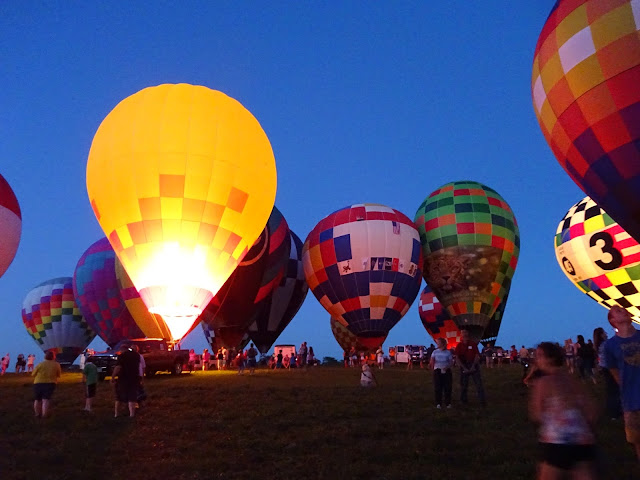 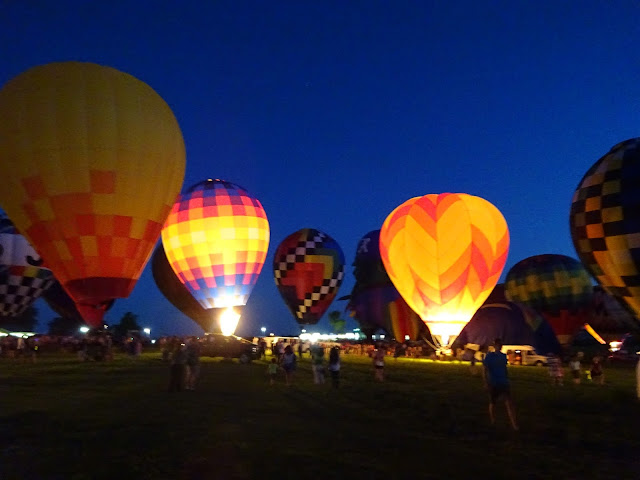 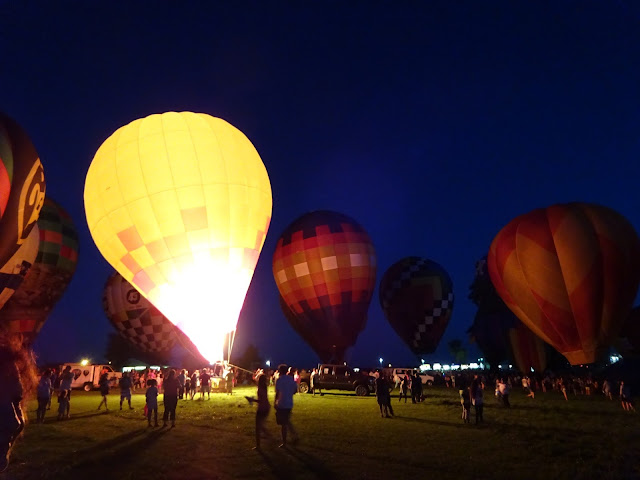 I was hooked.  On Saturday morning, some friends and I woke up early and arrived at the balloon field at 5:15 a.m. for "Dawn Patrol."  As you can imagine, it's not safe for balloons to fly at night because they can't see the ground to land.  But they can launch in the dark and land after the sun rises.  We watched these four balloons for about a half hour.  Every so often, one of them would light up for a few seconds.  It was, again, lovely.

The sun rose and my friends and I enjoyed free coffee while we watched the rest of the morning events.  Three large tourism balloons inflated and took off with people who had bought flights.  Then the competition flights began, with the balloons flying from behind us toward the target on the field. 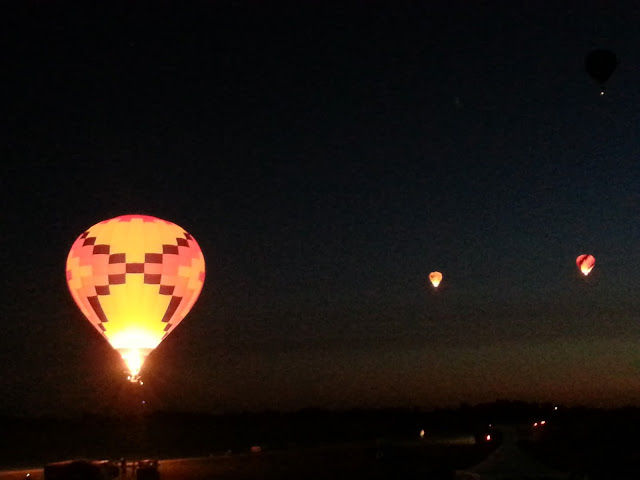 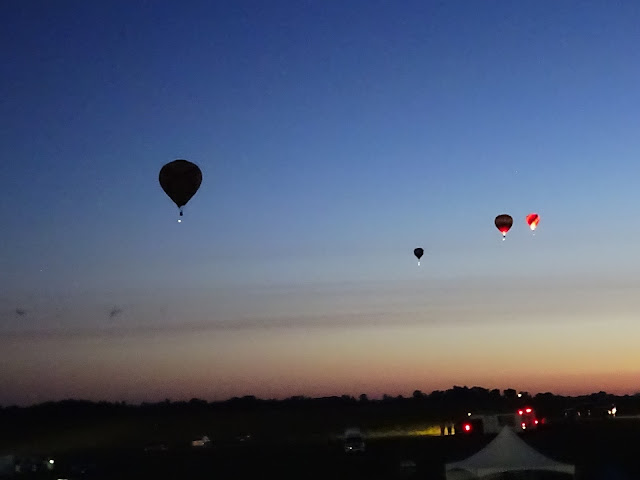 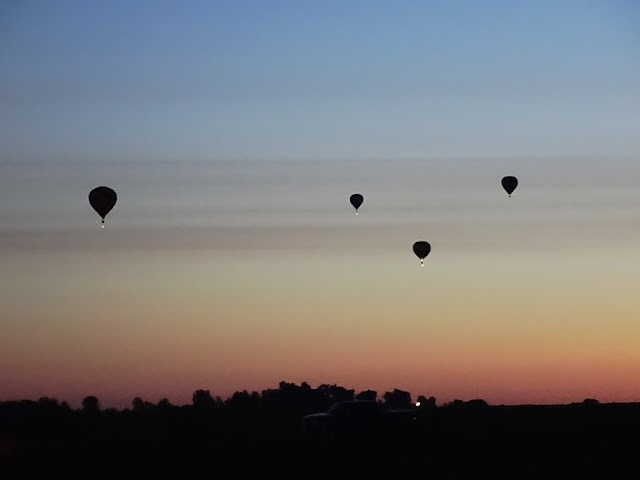 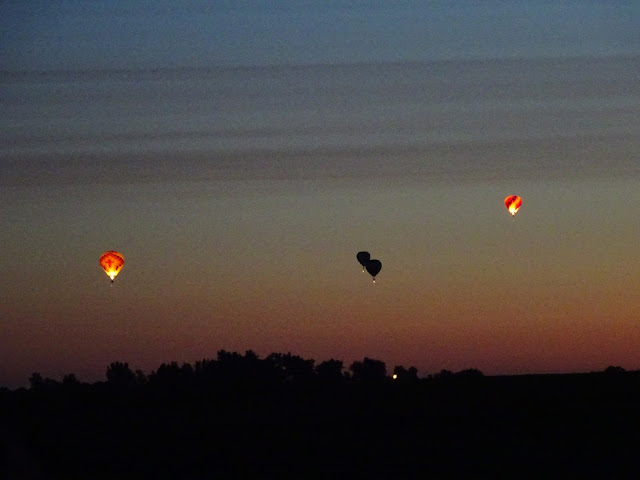 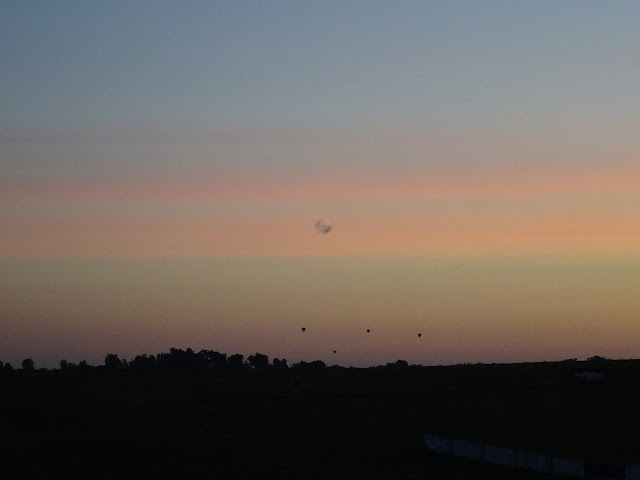 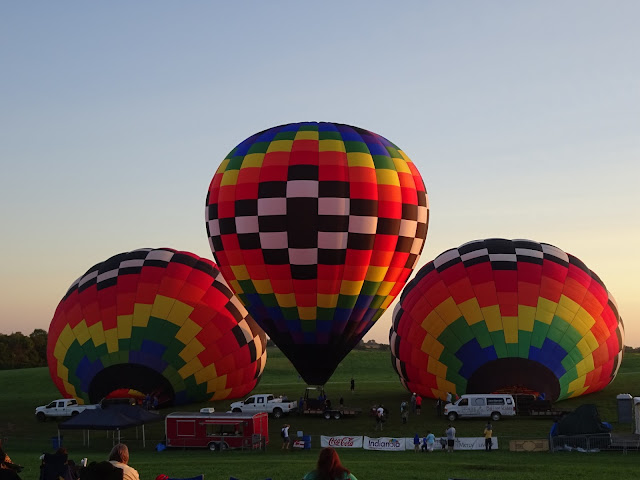 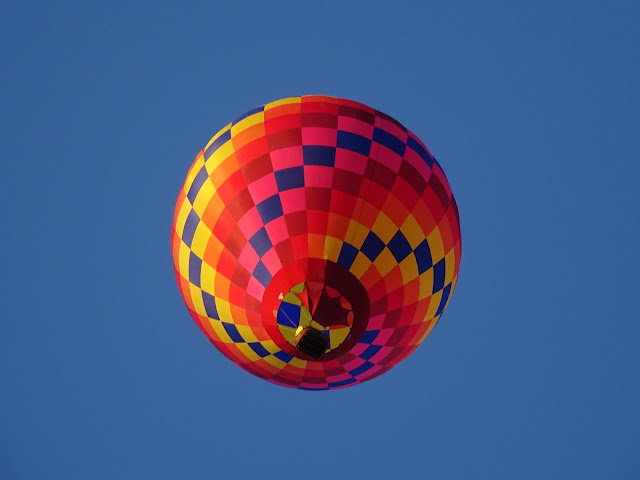 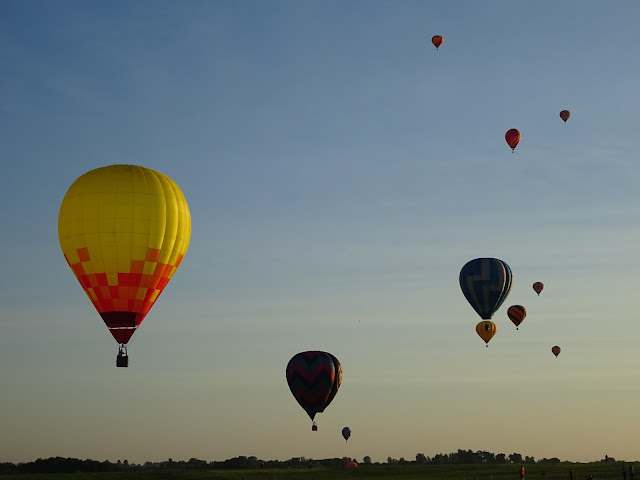 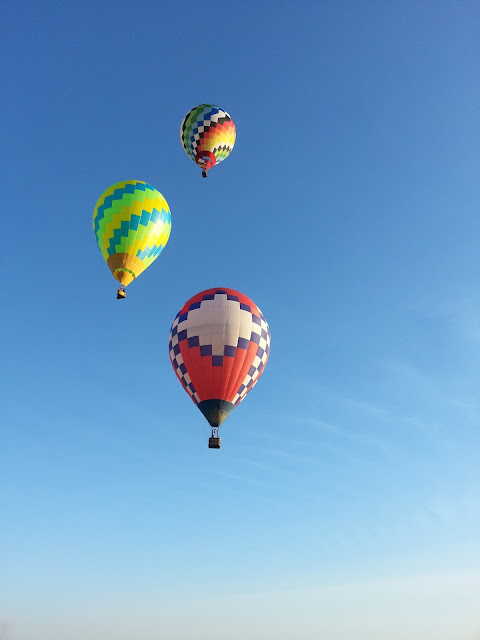 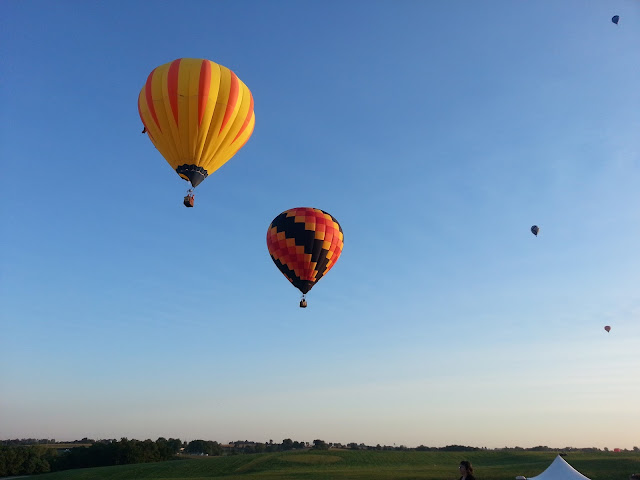 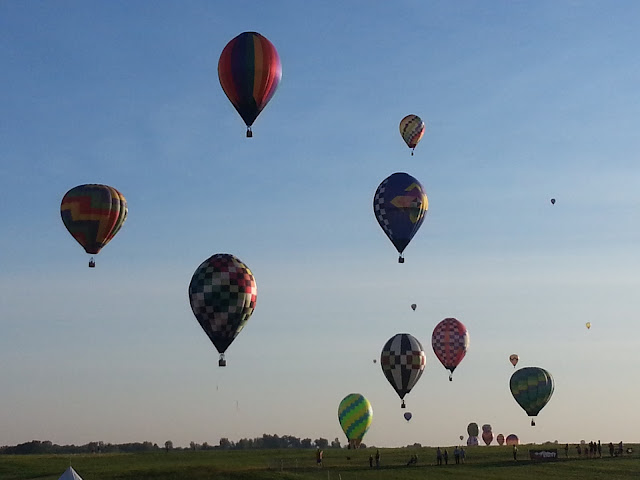 Beautiful!
Posted by Alison at 2:58 PM