Your Annual Holiday Letter: A Tutorial for Singles

First of all, thank you for making my Singles' Holiday Guide one of my most-read posts.  It is indeed a comfort that our collective holiday happiness is such an important topic for you, perhaps even more important than all of the Issues On Which I Have Opinions or my collection of Truly Mediocre Poetry.

It has come to my attention that I neglected to give any advice on a very important topic: The Annual Holiday Letter.  A brief review of my own files shows that I started sending out Christmas cards in 2008 and continued until... let's see... 2008.  Based on this experience, I've put together the following tutorial for singles to craft the perfect Christmas letter.

The Annual Holiday Letter includes three essential components:
Let's start with photos.  Holiday letters need to have a certain joie de vivre (French for "joy of vivre"), so your photos should connote happiness and enthusiasm. 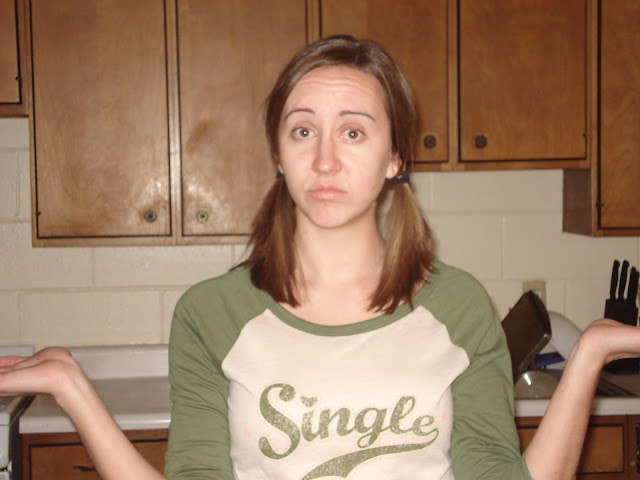 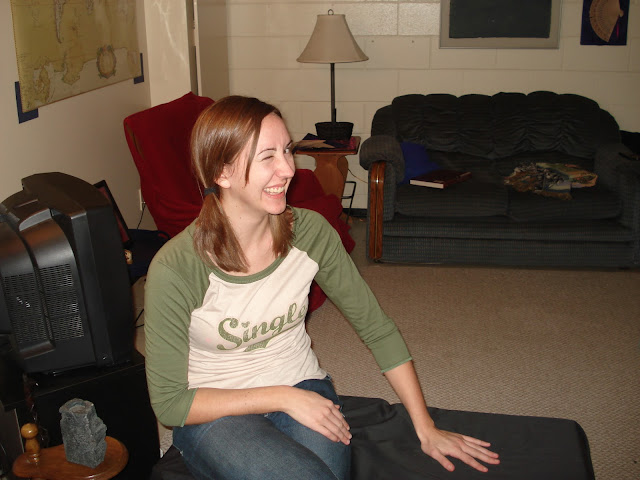 See how much happier that looks?  Another benefit of choice #2 is that it effectively communicates both "single" and "ready to mingle."  Here are some other outfits I considered for my Christmas card photo:


Speaking of cats, let's move on to the next part of your letter: dependents.   You may have noticed that most holiday letters focus as little as possible on the writer.  They say things like,  "This year was an exciting year for the Ribalski family!  In January I won the Nobel Prize for Literature, but enough about me.  Quentin continues to be the line leader every other Thursday at his preschool and has only led the line down the wrong hallway twice!"  This should, of course, be followed by a photo of Quentin in his line leader hat.

So you're going to need a child, or at least a pet, to feature in your Christmas letter.  I am going to use as my featured dependent a stuffed cat that was given to me a couple years ago by a friend who knew how much I like cats (and how much my housemates don't). 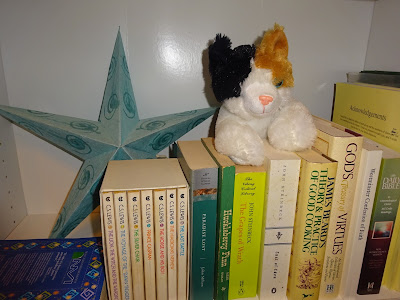 I've never named this little guy, but for the purpose of this letter, let's call him "Geoff." Geoff isn't a line leader, but he's done a pretty good job holding down those books for the last year and a half.

Once you have both a photo and a dependent to feature, it's time to get to the "meat" of your letter.  Here you will describe the accomplishments and adventures of the last year.  Remember to make them upbeat!

RIGHT:  "This year I baked infinitely more apple pies than last year, each one just as good as the last."

Perhaps you are one of those intrepid singles who has bought a house (bless you).  You can describe your many accomplishments as a solo homeowner, such as the time you installed a dimmer switch by yourself, or that time you mowed the lawn.  My own major accomplishment of 2015 was taking my lunch to work instead of buying it every day.

As a single person, you may find the "dependents" and "accomplishments" section of your letter a bit difficult, but never fear.  You have something married parents of young children can only dream of: You have adventures.  Talk about your travels!  If you haven't had any, make some up; your friends will never know.

Here I'll include some helpful travel photo templates for your letter.  Just insert a picture of your face, and the "adventures and accomplishments" section of your letter will be complete.


As you can see, once you know the three essential components to the perfect Annual Holiday Letter, it basically writes itself.  Hope you had a wonderful 2015, and I can't wait to hear about it!