Learn about the Migrant Crisis with Me

Let's talk about normal people who want to live normal lives but got stuck in countries where that’s no longer possible.  Let's talk about men, women, families, and teenagers putting their lives at risk to leave places where their lives are even more at risk.  I once heard a quote about refugees that went something like this:  "Why do middle-class people put their families on leaky boats with shady people promising to get them to another country?  Because they believe that boat is safer than where they are now."

The violence and instability in the Middle East have caused millions to escape across borders into neighboring countries, and now many are journeying through Europe toward safer lives in Western Europe. And yet, they are often being treated like criminals! Good grief! Being a refugee is not a crime, even if it means you made an illegal border crossing.

Check out THESE PHOTOS of the migrant crisis from Time.  Here's one, a Syrian man who arrived in Greece last week.  But all of the photos are moving, and if you click on only one of my multitudinous links this post, click this one. 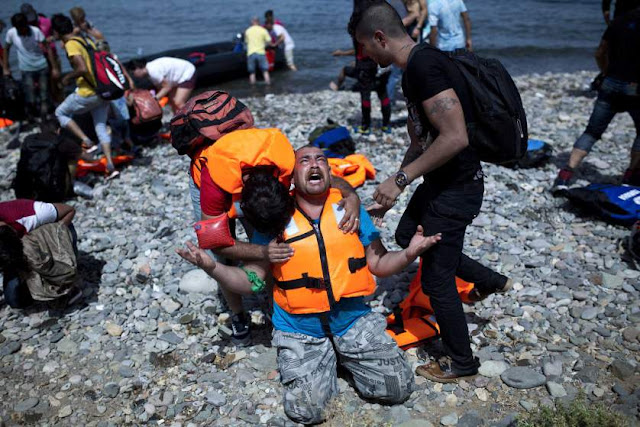 Follow the journey of THIS SYRIAN PHARMACIST who made it safely to Europe and told the story of all the perils along the way, using the map below: 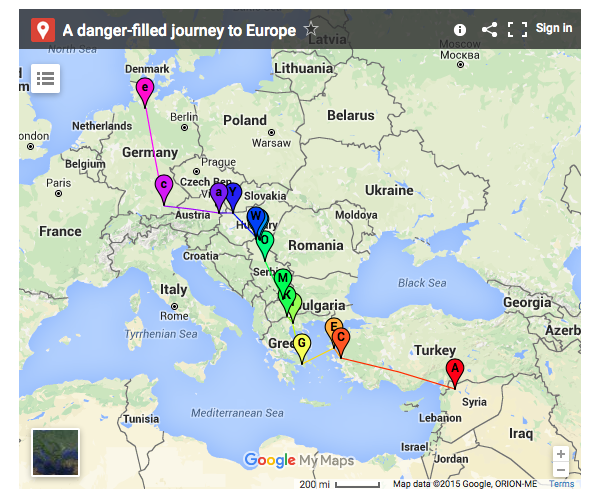 Watch CNN's interview with THIS SYRIAN SURVIVOR, whose toddler made international news for being photographed dead on a Turkish beach, where he washed up after their boat capsized and his father couldn't save him.

Check out THIS PHOTO COLLECTION of the items in refugee's bags -- the only things they carried from their homelands into freedom.  Interestingly, several took things like hair gel because they wanted to look like residents (rather than refugees) in order to avoid arrest while traveling through Europe. 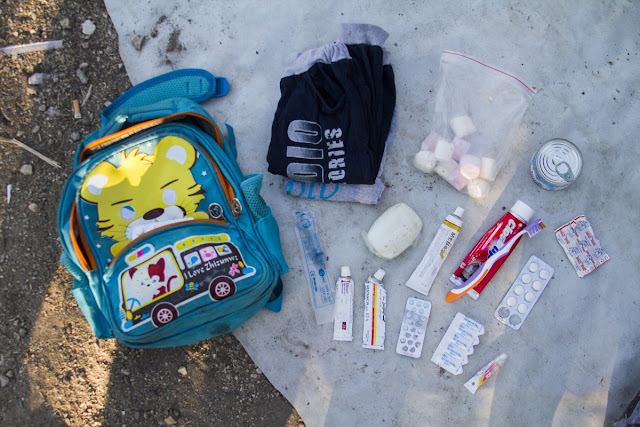 Shake your head over Hungary's treatment of refugees passing through their country, detailed in THIS BBC VIDEO.   (Click the text link to view) 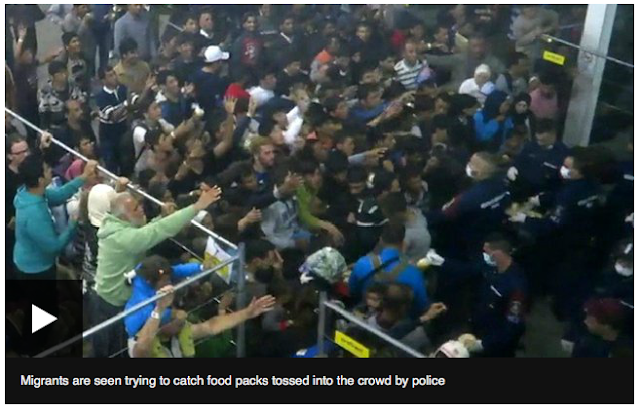 Learn more about the EU migrant crisis in this quick article, MIGRANT CRISIS BY THE NUMBERS. 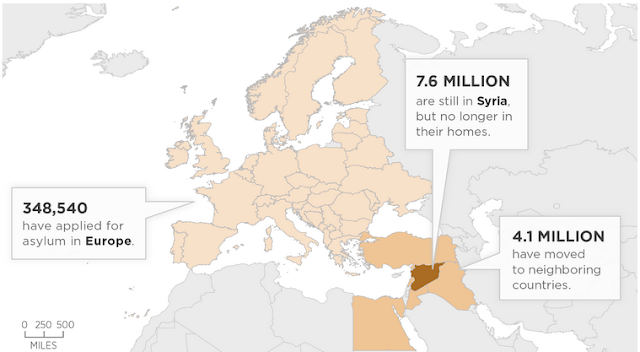 Most importantly, feel compassion.  And then do whatever your compassion leads you to do.

Pray for the EU as they decide what to do about the migrant crisis.  Pray for world leaders to have some idea how to weaken evil groups like ISIS.  Pray for the men of ISIS themselves to repent and submit their lives to God.  Pray for peace.

Befriend some refugees where you live.  Learn and tell the stories of men, women, and children in crisis around the world.  Ask your government to accept more refugees.  Support an overseas worker in the Middle East.

Probably most of us won't do enough, or won't do it well.  But hey -- at least let's do something.

#WelcomeRefugees.
Posted by Alison at 12:09 PM